Who is Mullah Hassan Akhund? What does the Taliban’s choice of interim prime minister mean for Afghanistan?

The Taliban announced on Tuesday that Mullah Hasan Akhund had been appointed interim prime minister of Afghanistan. The Taliban have also assigned key roles to prominent members of the insurgent group, including a specially appointed global terrorist from the dreaded Haqqani network as interior minister. Mullah Hasan, head of the powerful Taliban decision-making body ‘Rehbari Shura’, will be acting prime minister while Mullah Abdul Ghani Baradar will be his deputy in the “new Islamic government”, said Taliban spokesman Zabihullah Mujahid at a press conference. in Kabul.

Sirajuddin Haqqani, a specially appointed global terrorist and son of notorious anti-Soviet warlord Jalaluddin Haqqani who founded the Haqqani network, is the new interim interior minister in the 33-member cabinet that has no women.

The Taliban had promised an “inclusive” government that represents Afghanistan’s complex ethnic makeup, but there is no Hazara member in the Cabinet.

Who is Mullah Hassan Akhund?

Mullah Akhund is a fascinating but relatively enigmatic figure of the Taliban. He has been an influential figure in Afghanistan since the creation of the militant group in the 1990s. But unlike other Taliban leaders of this period, he was not involved in the Soviet-Afghan war of the 1980s. While the founder of the Taliban Mullah Mohammad Omar and his deputies fought with the Mujahedin – a loose network of anti-Soviet Afghan fighters – Akhund did not.

Instead, he’s seen much more of a religious influence among the Taliban. He served on the boards of the Taliban Shura, the traditional decision-making body made up of religious scholars and mullahs – an honorary title bestowed on those who have received training in Islamic theology.

Akhund is probably best known as one of the architects of the destruction of the Bamiyan Buddhas, the giant statues on the cliffs destroyed by the Taliban in 2001.

Initially, Omar did not intend to destroy the statues. But the founder of the Taliban was furious to see conservation funds made available for the UNESCO World Heritage site while failing to secure UN humanitarian aid for Afghanistan.

As such, Omar sought the advice of his shura, and Akhund was part of the council that ordered the destruction of the sixth-century statues.

Akhund played a political role in the Taliban government of the 1990s, as Minister of Foreign Affairs; however, its importance lies more in the development of the religious identity of the group. He, like Mullah Omar, was educated in a sort of strict Islamist ideology known as Deobandism.

After the Taliban were driven out of Afghanistan in 2001, Akhund remained an influential presence, operating mainly from exile in Pakistan.

From there, he would provide spiritual and religious advice to the Taliban throughout the 2000s and 2010. In this role, he provided the ideological rationale for the ongoing insurgency against the United States and the state-backed Afghan government. -United.

Today, there are broadly two factions within the Taliban – a military wing that leads the day-to-day campaigns, and a conservative religious elite rooted in Deobandism that acts as its political wing. Mullah Akhund aligns himself very much with the religious faction of the Taliban.

What does his appointment tell us about the Taliban?

There appears to be a power struggle behind Akhund’s appointment. Mullah Abdul Ghani Baradar, who served as Omar’s deputy during the first years of the Taliban before assuming the post of de facto leader after Omar’s death, had been viewed by many Afghanistan experts as a leader. potential state. But there are political tensions between Baradar and the powerful Haqqani network – a family-owned Islamist group that has become the Taliban’s de facto diplomatic arm in recent years and has managed to garner support for the group among other local groups.

The Haqqanis are among the most militant factions of the Taliban. And Baradar’s recent conciliatory speech on issues such as women’s rights, working with the international community, and amnesty for members of the former government runs counter to the ideology of the Haqqani Network.

Akhund appears to be a compromise candidate between Baradar supporters and the Haqqani network.

The delay in his appointment – the Taliban has repeatedly rejected the announcement – could be an indicator of internal divisions within the Taliban.

When the announcement came, it was accompanied by reports that Baradar was his deputy, while two members of the Haqqani network were also serving in the Afghan government.

Whether this arrangement is permanent or temporary remains to be seen, but the compromise could be a test of Taliban waters – to see how effective Akhund is as a unifying figure for the group.

What does Akhund’s appointment mean for Afghanistan?

Akhund is a conservative religious scholar whose beliefs include restrictions on women and the denial of civil rights for ethnic and religious minorities. Its decrees in the 1990s, passed by the Taliban, included banning the education of women, enforcing gender segregation, and adopting strict religious dress. All of this could be an indicator of what is to come.

Despite the Taliban’s conciliatory language of late, I think it’s likely that we will see a return to some of the rules that were in place when the Taliban previously held power, including a ban on education for women.

We have already seen the Taliban on September 5 ordering university students to wear the abaya. The abaya is similar to a burka, but it differs from it in that the coverings are almost always black. The abaya is not Afghan, but a more common style of dress in the Gulf states of Saudi Arabia, the United Arab Emirates and Qatar.

In the 1990s, the Taliban were truly an island nationalist group with the goal of bringing its brand of Islamist rule to Afghanistan.
Today, Akhund appears to be seeking to position the Taliban alongside international partners – an ambition that is also reflected in the Taliban’s recent diplomatic relations with the governments of Qatar, the United Arab Emirates and Pakistan.

Read also | China, Pakistan and Russia try to figure out what to do with the Taliban: Biden

Latest news from the world 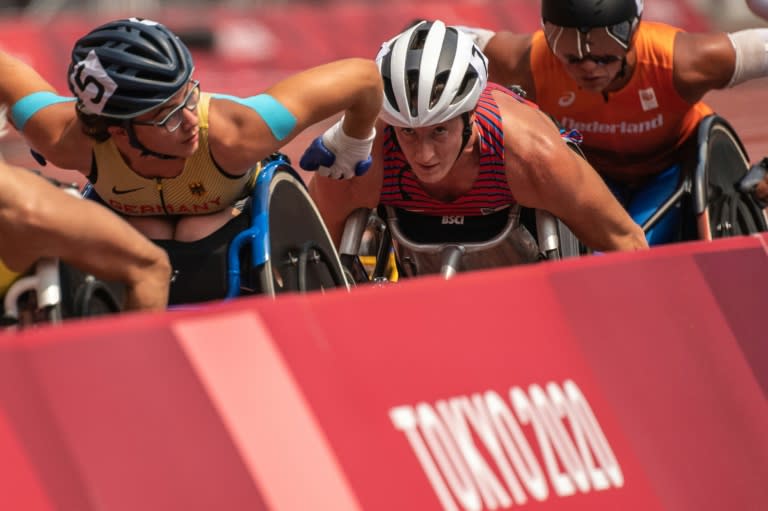